On February 28, the Ragon Institute celebrated five years of innovation and collaboration at the Walker Memorial on the Massachusetts Institute of Technology campus in Cambridge. Over 200 employees, friends and collaborators of the Institute gathered that evening to celebrate the ongoing commitment to progressive scientific discovery.

Since its establishment in 2009, the Ragon Institute has continued to grow both in size and in reputation, establishing itself as a leading HIV research institution in the world.

The evening began with a video slideshow documenting the first five years of the Ragon Institute. The soundtrack for the video was “Siqhamuka Kwazulu” by the Sinikithemba Choir, a choral group made up of HIV-positive individuals in Kwa-Zulu Natal. The group, active from 1996 until 2008, used the proceeds from sales of their “Living Hope” CD to pay for medical treatment of group members.

In his opening comments for the evening, Dr. Peter Slavin, President of the Massachusetts General Hospital, thanked the faculty and staff of Ragon, the leadership at MIT and Harvard and Dr. Bruce Walker for bringing people together from disparate disciplines around the world to attack the problem of HIV.

Then Dr. Slavin announced to the assembled guests that Terry and Susan Ragon had extended their initial ten year commitment for another five years, making their endowment for a total of 15 years. He thanked Terry and Susan Ragon for their vision and generosity as well as their willingness “to make a difference in the lives of people they had never met,” those affected by HIV/AIDS.

Director of the Ragon Institute, Dr. Bruce Walker, concluded the evening’s comments by thanking Terry and Susan Ragon for enabling the Institute to step forward by giving scientists a credible chance to have a major impact on disease.

“There is a growing sense of optimism that our work is going to have a significant impact,” he said, “and we have the best team we could imagine working on this.”

Photo Gallery of the Event 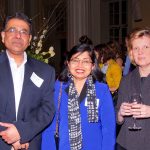 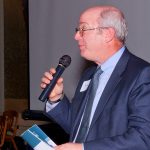 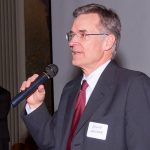 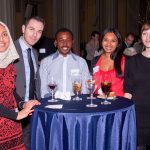 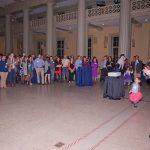 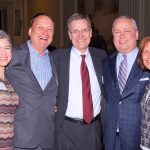 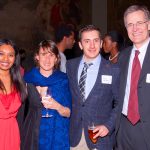 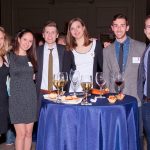 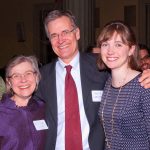 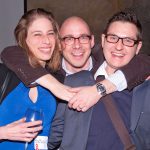 The Ragon Institute is pleased to welcome three new faculty members this spring.  These new faculty join the 24 existing members and 18 associate members in pursuing challenging and vital research areas  for which there may be no greater benefit – that of curing those chronically ill with infectious diseases and saving lives. During his postdoctoral training at the California Institute of Technology, he developed Vectored ImmunoProphylaxis (VIP) as a means of engineering humoral immunity, leading to successful demonstration of this approach as a prophylaxis against HIV as well as influenza.

His laboratory continues to develop approaches rooted in synthetic immunology as a means of engineering or enhancing the natural immune system.  These tools are presently being applied to a number of questions relating to interactions occurring between pathogens and the host immune response.

“I am excited to be joining the Ragon Institute to work on new approaches to engineer the immune system,” said Dr. Balazs.  “In my mind the Ragon Institute is one of the few places in the world that brings together the intellectual, scientific and technological resources necessary to tackle the kinds of questions that drive my passion for translational immunology.  I look forward to the joining the team and hope I can contribute to the institute through my work.” Dr. Maria Buzon served as a post-doctoral fellow at the Ragon Institute for 3 years before being promoted to Instructor in February of this year.

Dr. Buzon received her PhD from the AIDS Research Institute IrsiCaixa in Barcelona, and is currently an Instructor of Medicine at Harvard Medical School with a special interest in the HIV-1 reservoirs that persist despite antiretroviral therapy. Over the past 3 years, her research has been focused on identifying new cellular reservoirs that are able to persist for prolonged periods of time, representing a substantial barrier for HIV eradication. These studies include the characterization of the HIV-1 reservoir in patients treated during the early phase of the infection and the identification of cells with stem-cell like properties contributing to HIV-1 long-term persistence.

Recently, Dr. Buzon started working towards understanding the mechanisms by which different HIV-1 components are involved in the long-term maintenance of viral latency. In particular, her laboratory focuses on understanding how HIV-1 is able to modify the cellular machinery to persist for prolonged periods of time in the absence of viral protein production. The primary objective of these studies is to provide the rationale to develop novel approaches aimed at inducing/suppressing prolonged HIV-1 latency in vivo, with the ultimate goal of achieving long-term drug-free remission for HIV-1 infected patients.

“As a first step towards my independent career, I am very pleased to be part of this exceptional group of people,” she says. Dr. Daniel Lingwood was born and raised in Toronto, Canada. He studied physiology at the Unversity of Guelph (BSc) and completed his MSc examining the role of membrane lipids in regulating ion transport ATPases. His subsequent doctoral work at the Max Planck Institute for Molecular Biology and Genetics in Dresden, Germany, helped to define the Lipid Raft property as a cell membrane subcompartmentalization principle.  As a post-doctoral fellow at the Vaccine Research Center of NIH, Daniel further explored the ability of membranes to ‘alosterically’ modulate surface recognition processes now in the context of B cell activation by Influenza virus. This lead to the discovery that humans possess genomically-encoded antibody sequences that when properly oriented at the membrane surface, engage conserved sites of viral vulnerability and serve as substrates upon which broadly neutralizing antibodies can be developed.

Dr. Lingwood uses membrane structure and function as a means to define B cell antigen recognition and inform vaccine design. In this context, the Lingwood laboratory studies B cell antibody responses to both HIV and influenza with the goal of 1) understanding how antigenic sites of vulnerability are initially perceived by specific germline B cell receptor (BCR) sequences and  2) how that recognition process can direct antibody affinity maturation toward production of broadly neutralizing anti-viral responses.

Dr. Lingwood began as Assistant Professor in Medicine at Harvard Medical School with his laboratory at the Ragon Institute in April.

“As faculty at Ragon, we have the opportunity to turn our intellectual passions into something that is greater than the sum of its parts: to impact human health,” observed Dr. Lingwood.  “How many can report this as a job description!”